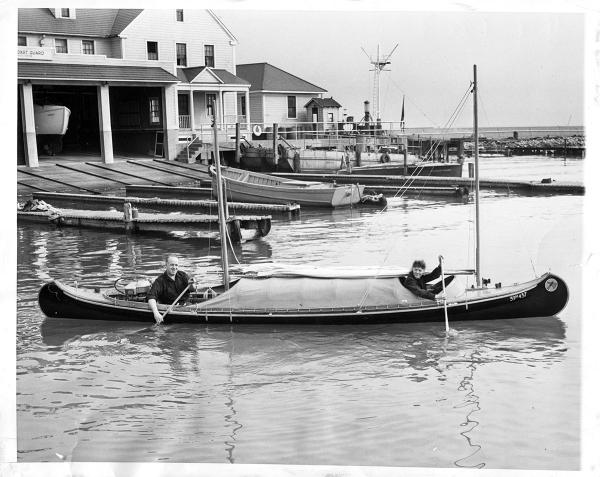 On November 12, 1947, Ray Sullivan and his wife, Madeline, set out for the West Indies from Chicago via the Mississippi River. This photo shows them making a trial run in their canoe, which appears to be a 25-foot Old Town sponson war canoe modified with the addition of a through-hull outboard motor (behind Ray) and about 100 square feet of sail.The Chicago station of the US Coast Guard is in the background.

They apparently reached New Orleans, but I was not able to find if they reached their final destination.

In an article in the Chicago Tribune (October 20, 1947), Ray said he has long had a hobby of ship models but that it “seems to have got a little out of hand.”