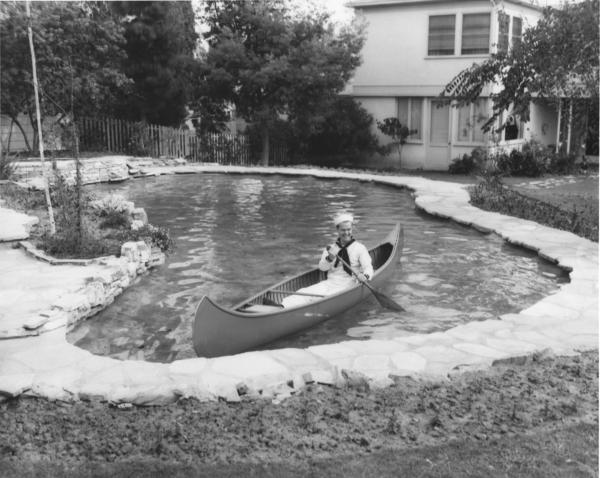 Several captions accompany this 1942 photograph of Red Skelton in an Old Town Canoe:

RED SKELTON AT HOME…Somebody has discovered that Red Skelton at home is just about as wacky as Red Skelton comedian, at Metro-Goldwyn-Mayer. But anyway, the candid camera gives you these intimate little scenes of how the comedian passes his time when he is not working in the musical comedy, "Ship Ahoy", in which he is starred with Eleanor Powell.

PRACTICING FOR HIS ROLE…Red does a little rowing, so that just in case he would have to walk home from “Ship Ahoy,” he’d know how to do it.

Red Skelton can paddle his own canoe even if he can’t swim in his crater-like swimming pool.